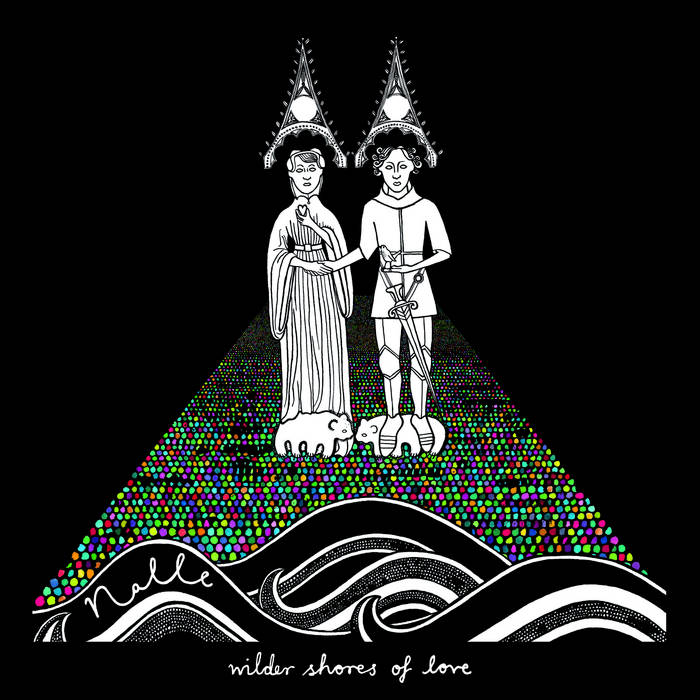 With A Messy Head

Originally released with Alt Vinyl, 2010 on CD and LP

As with their 2006 debut, By Chance Upon Waking, and 2008’s The Siren’s Wave, whether or not you enjoy Glasgow based trio Nalle’s third album rests upon what you make of Hanna Tuulikki’s voice. If early Kate Bush is too fey for you, Joanna Newsom too childlike, then proceed with caution. If, on the other hand, you’ve always wanted to hear the Incredible String Band’s Licorice McKechnie really letting rip, then look no further. Across these seven tracks, Tuulikki adopts different personae to act out variations on the mythic themes of love and death that have informed British indigenous music for centuries. Accompanied by multi-instrumentalist Chris Hladowski (with whom she also performs in The Family Elan) and viola player Aby Vulliamy, Tuulikki constructs poetic, timeless tales with arrangements that draw as much on 1960s acid folk and its 21st century descendants as they do on traditional music. In the ballad “Sunne’s Return” her longing for physical dissolution, coupled with Hladowski’s spidery, off-key electric guitar, creates something as creepy and haunted as an empty playground swing rocking by itself. “Lilly” is a dark vision of extinction and exile built around a heavy, Comus-like acoustic riff and hotwired with a spitting fuzz-guitar solo, in a similar vein to some of Ben Chasny’s louder Six Organs Of Admittance moments. The stand-out track, “Songthrush” – which also features Scottish saxophonist Raymond McDonald and Alex Nielsen on drums, reprising the free jazz inflected playing that powered his own psych folk song project, Directing Hand – is a broiling, formless freak-out, borne aloft on Tuulikki’s ecstatic, birdlike trilling. It’s a breathtaking burst of magical energy, and easily some of the most convincing free- folk the UK has ever produced.
Daniel Spicer, The Wire, Issue 317, July 2010

Recorded and produced with John Cavanagh at glo-spot, Glasgow 2008-2009